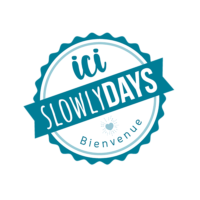 The Lock Keeper’s house at Origné

Opposite the watermill with the château watching over it, stands the lock keeper’s house, surrounded by greenery, like a nest: “As soon a you get out of the car you’re somewhere else. The folks who pass by always enjoy stopping to say hello, and I always feel like I’m on holiday, even when I’m working.”

In Origné, this young restaurateur quickly found his feet and got to work. From May to September, the restaurant is located in the lock keeper’s house on the edge of the Mayenne towpath. The rest of the year it sets up in the village restaurant-café-grocery store.

It is in this calm and charming place that Thomas welcomes you to his workshops.

Thomas found his heart’s desire through a TV program that put people together with places. He assessed the viability of the restaurant, and the interest of the local authorities in helping him set-up, and made a commitment: “I want to bring these two places to life and participate as much as possible in the life of the village. This engagement with the community allows me to keep the spirit of the place bubbling and to offer a real local choice.”

Thomas is the same with his customers – parents come to eat, children attend cooking lessons, families do their shopping in the grocery store – “it creates a bond, and that’s what I really love!”

An open and generous personality, most at home in his kitchen, Thomas says “I’m looking for simplicity but also a touch of originality, even exoticism, using good local products. I also like to recommend my local producers to visitors”

“The Refuge de l’Arche animal shelter in Château-Gontier sur Mayenne, close to the river. This is a place with a history and a real ethic. It’s a great human adventure in the service of animal protection.”